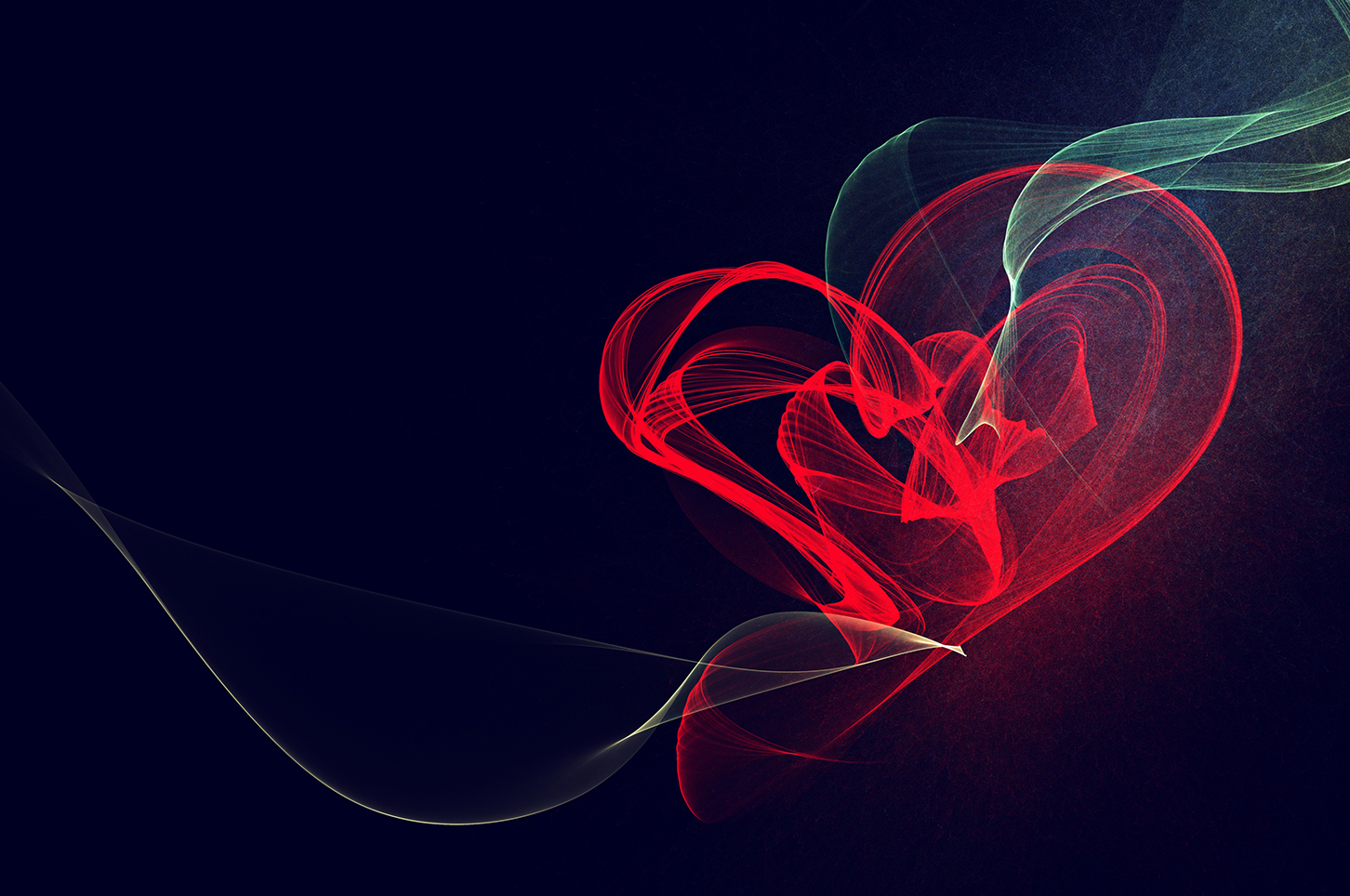 Tale of the Day:

Last August I gave a 1-hour workshop at a conference in Las Vegas on the power of story as a tool for creative conflict resolution. What I didn’t know at the time is that later that night one of my participants—probably the smallest woman in the group—was going to voluntarily resolve an intense conflict with a drunk armed man in the streets of Las Vegas.

I began the workshop as I usually do, by sharing from my book Sweet Fruit from the Bitter Tree, a collection of true stories of how people resolved intense conflict in creative and surprising ways most of us would never think of.

We discussed how story has always been a powerful vehicle for learning. After all, everyone loves a good story. It’s no wonder that story is how peoples all around the world have passed on their most sacred and vital information from generation to generation for thousands of years. I shared several potent stories in order to awaken the sense of possibility that lives within all of us. The possibility of being more creative and compassionate—perhaps even more so than we ever thought possible—when dealing with the difficult situations we encounter in our lives.

Later in the conference, a petite woman from my workshop came up to me and told me how later that night she had successfully resolved an intense conflict with a drunk, armed man on the streets of Las Vegas. Kattie agreed to let me interview her for my next Sweet Fruit book, and I want to share a summary of her wonderful story with you here:

It was night when Kattie and her friend Laura left the Orleans casino after my workshop. They went to the street to catch a shuttle to take them down-town to the Las Vegas strip. Kattie noticed a man, clearly drunk, raging “I’m gonna kill him, I’m gonna kill him! Fuck everybody! Fuck Everybody! I’m gonna kill the whole world.” Kattie was about to ignore him, as she usually would have, when she had a sense that this wasn’t a usual drunk. Something told her this man was in deep pain, and though she’d never done something like this before, she felt propelled to walk up to him and introduce herself.

“I’m going to kill them all!” The man said, “I’m going to kill the whole world! Fuck the world!” Then he noticed Kattie, who smiled and held out her hand. He shook her hand weakly, a little confused. She said, “Hi, I’m Kattie I’m from Canada.” In slurred speech he said he was from Canada too. Then Kattie asked, “You seem really sad, what is going on?”

“He killed her, he killed her!” he said, his eyes glazed over, nearly closed. “I’m going to kill him. I’m going to kill everybody. Fuck them all!” Kattie listened to him rant, doing her best to empathize. “I’m gonna kill them all,” the man continued. “I’m a Vietnam vet, I’m a killer and I know how to kill, and I’m armed.” He pointed to one foot where Kattie saw a knife handle sticking out of his sock.

Kattie felt her friend Laura’s presence behind her, and knew that if something bad happened Laura could walk into the nearby casino and get a security guard for help. Since Kattie didn’t experience any of this drunk man’s anger being directed at her, she continued to listen and empathize.

“I’m gonna kill,” the man said again, “She was my best friend, my best friend…” Over a period of listening to his ranting and broken drunken explanations, Kattie and Laura pieced together that the man’s daughter had been killed in a car accident. She had been like a best friend to him, and he’d come to Las Vegas to collect her remains. He said he’d spent the last four days drinking, without any sleep.

Kattie said, “And when you speak about that pain, where do you feel that pain?”

“Where do I feel it?” he asked. “It’s right here in my heart. It’s here; it’s here!” He pounded on his chest over his heart. “And this is going to kill me, because they took my heart and they…” He mimed pulling his heart out, throwing it on the ground, and stomping on it.

Kattie said, “To feel so much pain, you must have felt so much love. You know? And someone who feels so much love has to be a good person.” When she said this his eyes opened up a little more and seemed to get a little bit clearer and more engaged with her, as opposed to paying more attention to his own dialogue. Kattie continued, “You know all that pain you’re feeling right now? This means you are a good person, because only a good person could feel this deeply for someone, could feel this much love for someone.”

The man looked at Kattie, wiping his runny nose. “I’m sorry,” he said. “I’m sorry for how I look. I don’t feel OK being in front of you like this.”

“But they killed her!” He said, falling back into his anger and inner torment. “I will kill everyone else and fuck everyone else! I’m going to get my car and drive back to Canada and if I kill people on the way, then that’s too bad! I’ll kill anyone…” He paused, “But not you, little girl. I would never hurt you, little girl. But I have a gun on me right now, and I was in Vietnam, and I will use it!”

He had a baggy jacket on that could have easily concealed a gun, and Kattie could already see the knife with her own eyes. Kattie said, “You know you are a good person, because you can’t feel that much pain if you don’t have a big heart.”

Eventually Kattie looked at her friend Laura with an expression as if to say, what should I say now?

Laura, who’d been standing back letting Kattie do the talking, whispered, “Tell him that he was very lucky to have these people in his life.”

So Kattie looked at the man and said, “Think about how lucky you are, because you had your daughter in your life.”

And from there everything started to flow. Everything the man threw at Kattie, she reframed it in a positive way. When Kattie learned that his daughter was a nurse, she said, “Oh. So your daughter was really caring for people, wasn’t she?”

The man said, “Yes, my daughter was saving lives and then he came and killed her! ”

Kattie said, “Your daughter was saving lives, so I wonder how she would react if she saw you like this, because your daughter really cared about other people’s lives, didn’t she?”

“Well, imagine she could see you right now, how do you think your daughter would feel?”

He said nothing, but he looked up for the first time. Kattie didn’t know what he was seeing on the inside, but she could tell something had shifted for him.

Then Laura said, “You know your daughter is right there in your heart. And you know, just think of the good moments and the happy moments that you had with your daughter.”

His face started to relax and he stood more upright. At some point he burst into tears. Kattie and Laura said soothing things to him until the shuttle arrived, and they all got on. Kattie and Laura sat down and the man followed them and sat down in the seat in front of them, continuing to talk with them. He said he was going down-town to where his car was parked.

So Kattie and Laura continued to reframe anything he said in a positive way. At one point he got out his mobile phone and showed them a picture of his wife, and his daughter’s wrecked car, and a picture of his daughter before she died, and he started crying again. And this time his crying sounded even more heartfelt to Kattie. When the shuttle arrived down town the man thanked Kattie and Laura, saying, “Thank you so much. You are sweet little girls. Thank you so much you sweet girls.”

They all got off the shuttle at the same stop, and Laura asked the man, “Have you called your wife? Does she have any idea what’s going on with you? You better call her and let her know that you’re OK. And you better get some sleep, because you’re tired after being here for four days just drinking and not sleeping. You better sleep first before going back to Canada.”

He said, “I’m 70 years old, and my life without my daughter is nothing. I have no reason to live.”

Laura said, “My father will be 80, and he’s doing great, he still does lots of things.”

Kattie added, “You should see my mother, she’s 83, and she’s doing a lot.” After a pause Kattie asked, “So what are you going to do now?”

“I’m going to have a good night’s sleep, and I’ll think about that tomorrow,” the man said.

Kattie and Laura left the man with his head held high, and they could see that he had a new clarity in his tired eyes. They decided it was safe to leave him, and felt sure he wouldn’t kill anyone, or do anything violent.

Thanks, Kattie and Laura, for sharing your story.

Tool of the Day:
Stories as a vehicle for Creative Conflict Resolution

Read these 3 Sample Stories from Sweet_Fruit_from_the_Bitter_Tree. You can read them to yourself or out loud to friends or family. Just let the stories settle into your consciousness, and be curious how they will become resources for you as you discover your own unique creative solutions that are appropriate to you and your life circumstances. Even if your life conflicts look on the surface to be completely different from these three stories, sometimes it is the stories that appear to be the most different that have the most to offer us.

To contact Mark for training or to set up a one-on-one coaching session, visit www.markandreas.com