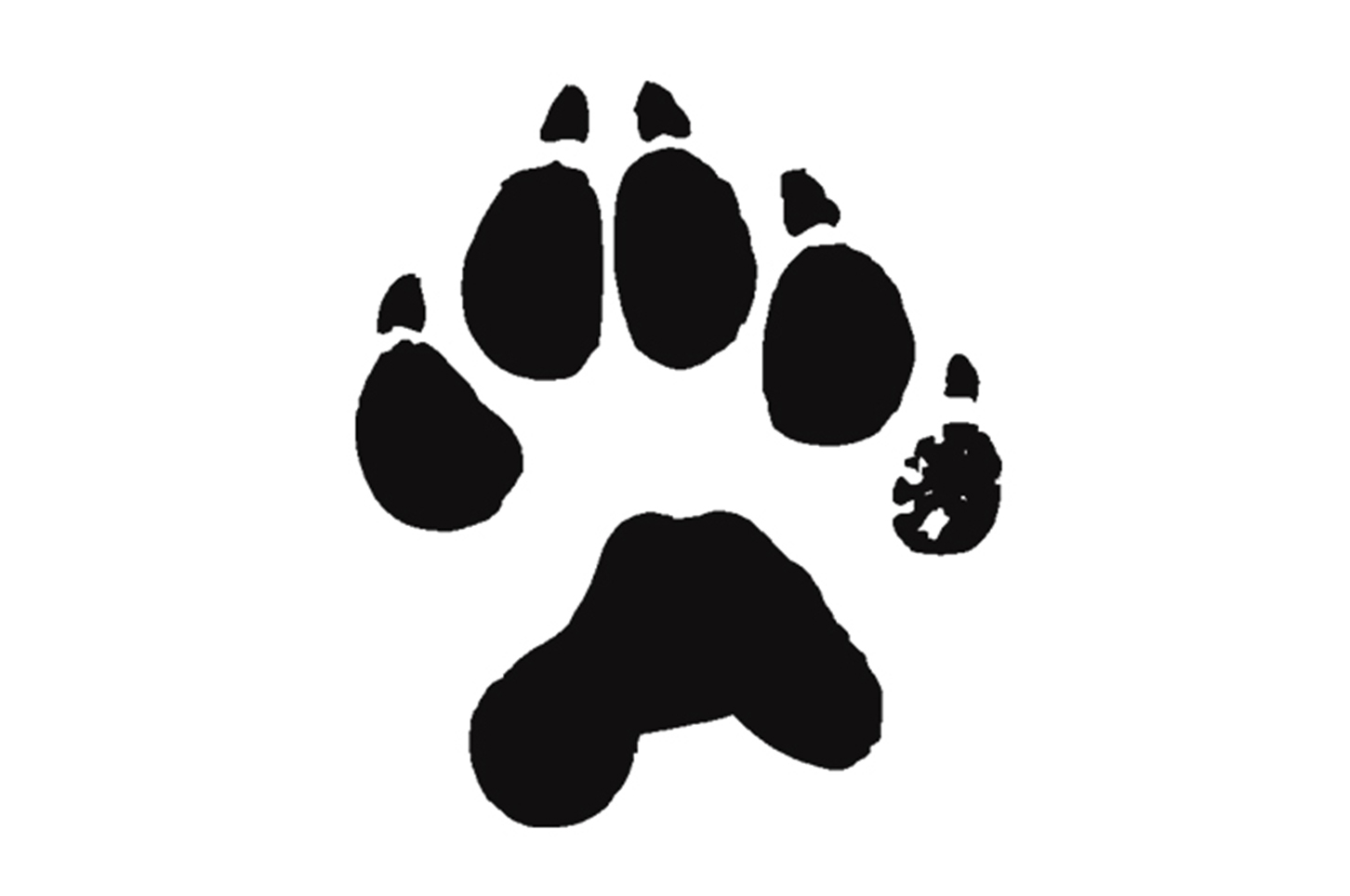 Tale & tool of the day:
Standing up for the underdog
(excerpt from my new book Waltzing with Wolverines: finding connection and cooperation with troubled teens, now available in print)

One of the most supportive things you can do with your power as a leader and role-model with teens, is to stand up for the underdog. If there is a conflict between two kids who are relatively equal in terms of the power they each hold in the group, then you can support them both in getting to their outcomes and finding solutions that meet both of their outcomes. But if one kid is clearly the underdog, with much less power/status, then as the leader of the group (the top dog) you may need to give much more of your power toward supporting the underdog to create an even relationship where both kids can get their needs met. The underdog needs enough support to eventually feel safe in truly expressing his or her needs. I was always sure to demonstrate to underdogs that they had my support more than anyone else in the group.

In the documentary film “Bully” there are lots of examples of this not happing. In one, a teacher tells a victim of bullying to shake hands with the bully (as if this would somehow solve the bullying issue). Understandably, the kid didn’t want to shake hands with his bully, to which the teacher responded by blaming the victim for not being willing to “shake hands and make things right.” Obviously this teacher had no idea how to deal with bullying, and inadvertently sided with the bully—the one with all the power—giving absolutely no support whatsoever to the underdog.

Once I was leading a group of teens on an expedition in the Rocky Mountains and the three “popular” kids in the group started poking fun and laughing at a new boy who had recently joined us. The new boy, Jordy, was socially awkward, with long scraggly hair that often got caught in his mouth. “I think Jordy’s gonna get a hairball soon,” Devon taunted. “Hey, Jordy, have you ever had a hairball?” Jim and Justin called up to where Jordy was hiking. Jordy just shook his head and took it, continuing to hike with his head downcast.

“Everyone stop,” I said. “Everyone group up for a moment please.”

“Justin, Jim, Devon,” I said, waiting until I had each of their eye contact, “I know you guys are just wanting to play around, and I like that, playing around is great. At the same time, if I was Jordy, having just come into a new group and not knowing you guys yet, I wouldn’t like having hairball jokes made about me. Those are the kinds of jokes that are only fun for me when I know I have a solid friendship with someone. So if you guys want to make that kind of joke, I ask that you keep such jokes about the three of you until you have as clear a friendship with Jordy as you have with each other.”

“It was all in good fun,” Justin said. “I think Jordy knows that, don’t you Jordy?”

Jordy looked up and jerked his head in a nod.

“We didn’t mean anything by it,” Devon said.

“Yeah,” Jim added, “We’re all friends here. Jordy, you’re cool with us joking around with you, right?”

“Yeah, I guess,” Jordy said, looking at the ground.

Clearly Jordy was in such a weak position, such an underdog, that he didn’t even feel comfortable communicating his reluctance to agree with them. So I wasn’t going to ask him to share his point of view, which was clearly impossible for him at this point. Instead I was going to show him that I would stand up for him in a situation where he couldn’t stand up for himself. I would only invite him to share his point of view later in the expedition once he knew—based on his own experience—that I’d be there for him 100%. But I’d wait to do this until I was pretty sure he felt supported enough to be able to share his experience truthfully.

I looked at Jim, “That’s fine, Jim. I’m still not cool with any joking about Jordy. I’ve led a lot of groups, and my experience is that even when things are meant in good fun, it’s important to develop clear friendships first. Just as you and Devon and Justin have become good friends, supporting each other and helping each other out with packs and setting up tents and stuff, you guys can do that for Jordy too. If the three of you want to joke, fine, I ask that you keep it among the three of you.”

They agreed, but during our lunch break a few hours later, Jim started acting like a cat, imitating the way Jordy licked tuna fish grease off his fingers after the meal. “Jordy, did you have cats for parents?” Devon added. “Were you sent here by cats?”

If I had let this slide, then Jordy would know that I wasn’t really willing to support him when tested, and Jordy’s basic need for social acceptance would not get met. “Time for a Group,” I said. Earlier I had set my boundary around not making jokes about Jordy, and every boundary I set I was prepared to keep, (tool 6, “Never set a boundary you can’t enforce,” page 81) or redefine (tool 3, “Power control battles,” page 64). When we were circled up, I said, “Jim, Devon. It’s important to me that when you make an agreement with me, in this case not joking about Jordy, that you honor that agreement. What do you guys need, so that it will be easy for you to honor the agreement?” Again, I’m framing this in their interests (tool 2, “Frame everything in their interests,” page 62).

“It just slipped out,” Devon said, “sort of how we joke with each other all the time.”

“What do you need so that it won’t slip out in the future?”

“Maybe to just let us joke around and have some fun, and not be so uptight about it.”

“I’m happy to have you joke around about each other, between the three of you. If you’re having trouble coming up with things about the three of you, we could have a group brainstorm about it,” I said with a smile.

“Whatever, if you want to make this awful place even worse!”

“I want to make this group as supportive and positive as possible. In general we have a rule of not making jokes about anyone in the group, but since the three of you guys are such good friends, I’m happy if you want to make jokes just about each other. But if it’s too much of a problem to keep jokes just about the three of you, we can go back to just having no jokes. Would anyone else in the group like to share your experience about this?”

“Yeah,” Another student spoke up. “I think it’s best in general not to joke about each other. Even if it’s meant in good fun, it can be misinterpreted, and get the whole group down and negative. I think the group was the most positive when there weren’t any jokes about anyone.”

After this meeting, things improved, but if they hadn’t, my next step with any kids who still couldn’t control themselves from making jokes about Jordy, would have been to put them on individual solo time away from the group. In that event I would have framed it in their interest like this, “Devon, I’m going to ask you to go on solo to make it really easy for you not to slip up and make accidental jokes about others.” (See also Chapter Three, “The Trip from the Hall of Fame,” for an example of me joining with the underdog in a conflict where one kid physically threatened another.)

When you stand up for the underdog, you are not only supporting the weakest kid, but also being the best possible role model for the kids in the group with the most social power. A positive leader is one who uses his/her social power and status to look out for everyone in the group, and make sure everyone stays safe and provided for, regardless of status and social station (which can and does change over time). A negative leader is one who only rewards and looks out for those in the group in relative proportion to the status those individuals already have. This is a weak leader, barely clinging to power through showing favor and alliance only to the others with the most power. This creates an environment that benefits no one, where anyone is at risk of falling lower in status, and having fewer needs met.

In a group with a positive leader, the individual in the position of lowest status gets their basic needs met just as completely as those in the positions of highest status. Everyone is happier, knowing all will be cared for, and thus the focus of the group can all go toward each member contributing what they can to enriching the group, rather than toward maintaining their position in the pecking order.

Click here to buy Waltzing with Wolverines in print or electronic form.